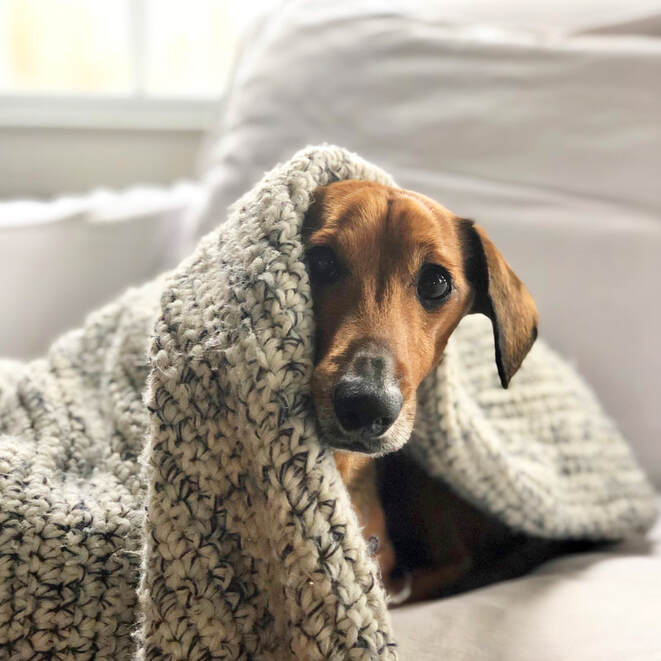 We got the email on a Friday night after Camden had gone to bed. He didn't move up in his challenge soccer league like we had all expected. We knew he would be crushed. Challenge soccer costs a small fortune so we woke Camden up with a big Saturday morning breakfast in bed and offered him this choice,

remain in your challenge league at this level and continue to give it your all or...
play rec soccer, Daddy will coach again, all of your friends can be on your team and...
decide what we do with the all of that money we do not spend on challenge soccer.
We can go snowboarding in Colorado or zip lining in Costa Rica...whatever you want.

We were blown away with his strength and composure. He needed to think about it so we headed back downstairs for a second cup of coffee. We may have even patted each other on the back for being such great parents. Camden came down a few minutes later and announced... I want a dog. See the thing is, please don't send us angry emails, Tim and Cole and I are not dog people.

Camden did all sorts of research on what kind of dog would be a good fit for our notsodog family and found Chapman's Dachshund Rescue in South Carolina. They had rescued a few puppies so we headed down south the next day. When we got there, we watched the last of the puppies go home with his new owners. We were all crushed.

We hung around and played with the older ones for a while and got to know the wonderful people who give a home to these hurt and homeless dogs. The longer we stayed the more we became aware that puppies will always go home with new owners. but these dogs, the crazy ones, the misfits... what about them? They said they had a dog that we must meet. They thought he would be a good fit for us. They brought us George.

He was calm and quiet, but held his head high. He was sweet and I swear you could see hope in his eyes. They said the other dogs picked on him, he had fresh cuts and old scars. They said nobody wanted him because he was a mix. That was all they had to say, 'cause you know, I'm a mix too.

They put him down in the grass across the yard from Camden. He just sat there, all calm. Then Cam got down on the ground and said George, come. George ran across the yard and jumped into Camden's arms as all of the grown ups burst into tears. At least that is how I remember it. It was a holy moment. You know them when they happen. Camden looked up and said he picked me, Mom. He picked me. Who can argue with that? 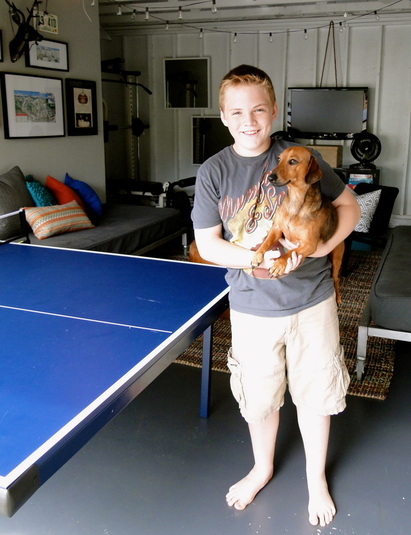 I suppose there are people who make the team and get the puppy. We are not those people.* But with every moment that crushes us, we learn to get up faster, look for the light, and find the holy moment. They are the moments when peace that passes understanding floods your soul...

When a boy chooses wisely.
When a dog jumps into his boy's arms.
When a brother takes a brother's dog for a walk.
When a mom naps with a dog on the sofa on a Sunday afternoon.
When a dad coaches his son's soccer team.
When a boy has a blast playing soccer with his friends on a laid back Saturday morning.
When the ones who are not dog people love the dog person enough to get a dog ...ahem...

What brings us peace is going to be different than what brings you peace. Please don't hear us saying quit challenge soccer and rescue a dog. Please hear us saying the darkness upon you is flooded in light.

* Well, we weren't those people when I wrote this in 2013... since then Camden has made the team, big time. He's the kicker for the Oregon Ducks and we watched as our baby who did not move up in challenge soccer kicked the game winning kick against Washington to keep his team in the playoffs and go on to win the Pac12 Championship and the Rose Bowl. There are still plenty of crushing moments in college football, but Camden knows to get up fast, look for the light, and find the holy moment. Every time.